Our main mission in Messiah (Ha’Mashiach) is to teach and instruct others who has the sincere desire for the truth of God (Elohim) word in its purist and most complete form, especially foundation doctrines such as The Message of The Cross (tree) and Yahawah’s  New Divine Covenant (Jeremiah 31:31) with Hebrew Israelites and Salvation, Justification, Sanctification, Redemption and Exaltation, through what our savior Adonai Yahawashi Ha’Mashiach has done on that Roman Cross (tree) as our Sacrificial Lamb. Yahawashi came to fulfill the (Sacrificial Law) and offering, for the Law (Torah) is not done away with as the Gospel (Besorah) says in Matthew 5:17, (Mattithyahu) Think not that I am come to destroy the Law (Torah) or the prophets, but to fulfill foretellings of His arrival; Torah reading Exodus (Shemoth)12:29, 11:1, 12:14, 12:5, 12:7-8. Also, the feasts days in Torah to observe and how we should live each day in light of the Massiah’s return. The last days events and what really will happen just before Yahawashi’s return. Most of all, the great prophetic regathering of the True Elects of Israel (Yasher’el) Matthew 24:31, And He shall send His angels with a great sound of a trumpet, and they shall gather together His elect from the four winds, from one end of the earth to the other. The Prophetic meaning of the (Mystery Of Iniquity) 2 Thessalonians 2:7-9 (Tasloniqiym Sheniy) and what is the (Mark Of The Beast) Revelations 13:16 and all political events that will lead to this world wide deception that will seal the eternal damnation of many and plunge the world into a living hell on earth.

As an awakened Assembly, we uses the original restored names of Elohim and Messiah in the Paleo (Ancient) Hebrew Transliteration in which were spoken during the days of the Messiah Yahawashi instead of words with Pagan Origins and Modern (Yiddish) Hebrew or Aramaic, that were not! the original languages of those days, the days of Divine Torah and New Covenant Patriots. It is greatly known today, that Paganism has crept into Christianity since the time of its conception and of the Roman Catholic Church and has corrupted many words, and meanings such as the term “Lord” which translates to ba’al (Satan) which means “lord god ba’al gad, Master Satan,” ruler or god of the under world, “the inadvertent worship of Satan, the worship of the Sun, Nimrod” and so many more terms that are Pagan in nature and origin in Protestantism, Catholicism and among other beliefs and man made religions. However, the true origin or beginning of Christianity is inculcated in sun worship, in which many who call themselves such are honestly unaware of this history and true meaning and purpose of Christianity in its essence. What is not widely known is that Christianity has been around thousands of years before 321ad. and Constantine, which goes back to Ancient Egypt and has to do with Sun Worship. The Christians in Egypt worshiped the mighty one Mithra, (Roman) cult “Christos Helios” in Greek which originated in Babylon.

As children of The Most High Yahawah our passionate desire is to worship and serve Him in Spirit and Truth, John 4:20 (Yahuchanon) and take off the corrupted and evil interpretations of organized religion and put them far from our mouth and lives because Yahawah does not accept worship that is not pure, Chizayon, (Revelation) 22:18,19 For I testify unto every man that hears the words of the prophecy of this Book, (Cepher) if any man shall add unto these things, Yahawah shall add unto him the plagues that are written in this Cepher: 19. And if any man shall take away from the words of the Cepher of this prophecy, Yahawah shall take away his part out of the Book (Cepher) of life, and out of the holy city and from the things which are written in this Book (Cepher). That is so clear! even a child could understand those words of serious warnings and dire consequences that I dear not violet! It is quite evident that the Catholic church and many others has broken that Commandment among others in their attempt to redefine the Sabbath, and by taking landmark verses out of the Bible while adding others of their own such as the doctrine of the trinity and a false graven image of the Messiah in which viable sources including Jocephus, the Hebrew Historian said in the unedited addition that the Messiah was and is a blackman, however no image should be shown as the second Commandment says thou shalt make unto thee no graven image.

Another pagan word people uses to refer to Yahawah is the word God; god, gad or gawd are ancient Canaanite deities and not His Ancient Name or Title, when you say God the question is which one? there are many self proclaimed gods of the evil spirit realm that are listening; Yahawah has declared for man to call and relate to Him by (Jeremiah 23:26,27) It is said that the most ancient name found for Elohim is Yahawah, it is the most ancient name Moses, Abraham, Issac, Jacob and all the patriots of the Torah knew him by. If we truly desire to be obedient and to present pure and acceptable worship to Elohim we must first start by purifying our tongue and mind of man made religions and pagan substitute interpretations if we really desire to please our Elohim Yahawah. We must be very careful in regards to the type worship and allegiance we pledge to The Most High. An example of unsanction or unathorized worship is found in Leviticus 10:1-2, Nadab and Abihu lit the offering in the censers themselves, and was burned alive, their fire was profane and thus Yahawah was not in it. They prepared an incense offering upon kindling of their own and not of the holy incense from the sacred bronze altar.

All Praises, Esteem and Honor be to The Eternal ELOHIM “YAHAWAH” and His son Yahawahshi HalleluYah!

2nd Thessalonians: 2:8 And Then shall the wicked be revealed, whom Adonia shall consume with the spirit of His mouth, and shall destroy with the brightness of His coming 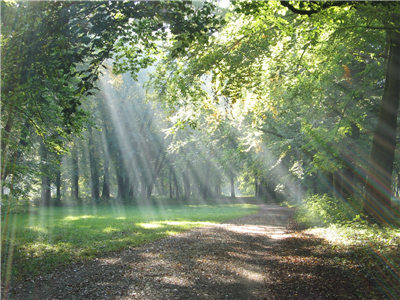